Fleshlight Scene News by Mike Risley on May 2, 2017 add comment

Because the Fleshlight corresponds to the anatomical shapes of the model, Dominika C’s protruding, small-sized labia are a feast for the eyes. But the new inner channel also seems to be very interesting! I present you the new artificial pussy in this short overview.

Who is Dominika C? 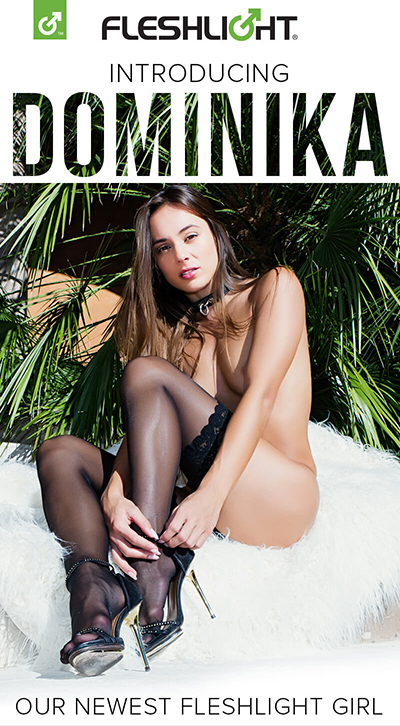 The Butterfly Fleshlight in brief

Dominka C is a popular softcore artist who rarely reveals her most intimate zones. A full view of her voluminous labia can be enjoyed by users of the new Fleshlight. Ultimately, the toy scores through its detailed reproduction of her vagina, which can now be taken. The thick labia contribute to the opening being very inviting.

In the narrow inner channel, which is characterized by ample passageways, fantasies with the actress can be fulfilled. Because each area of the inner channel has its own style, there is certainly plenty of variety in the insert. Structured elements such as knobs, which are located in the long passages, contribute to this. Narrow ribs caress the user’s penis. Four compartments, which are available in a mother-of-pearl colored case, are designed to increase the pleasure.

At the end of the insert, the manufacturer positioned new nubs, which are not yet available in any other inner channel. There are large and rectangular bulges arranged in a pattern resembling a chessboard. Through these elements, each one centimeter wide and one-half centimeter high, users penetrate into the ending inner channel. In this case, they penetrate a contracting opening, which is located between the elements.

My practical test of the sex toy follows

I feel that it is great fun to penetrate the end of the long inner channel. I expect intense pleasure when the penis is exposed to certain friction and the tip is gently massaged.

Therefore, I will order the sex toy soon to test it in the near future. I will tell you about my experiences soon. Subscribe to my Facebook or Twitter channel or RSS feed.