The fiery Fleshlight Girl with the XXL bust 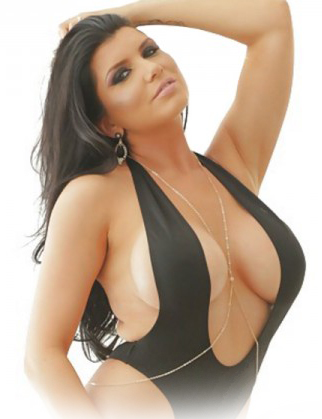 If you have additional information about Romi or simply just want to express your opinion, please leave a comment below the text.

Who is Romi Rain?

On 12 January 1988 Romi Rain was born in Massachusetts (Boston). Although she is a US citizen, she has Sicilian roots. She has brown eyes and black hair. Romi is 172 cm tall and weighs approx. 55 kg. Her large bust just fits into a 75 F bra. Most men worship her for her fascinating eyes and lush, very natural looking breasts.

Romi Rain has not lost the proud and fiery temperament which she inherited from her Sicilian family. She is wild, has no taboos and knows how to showcase her very feminine body. With her fire, she arouses not just men but also women. Thanks to her charisma she is also the perfect Fleshlight Girl for ILF and received her own Fleshlight in 2016. 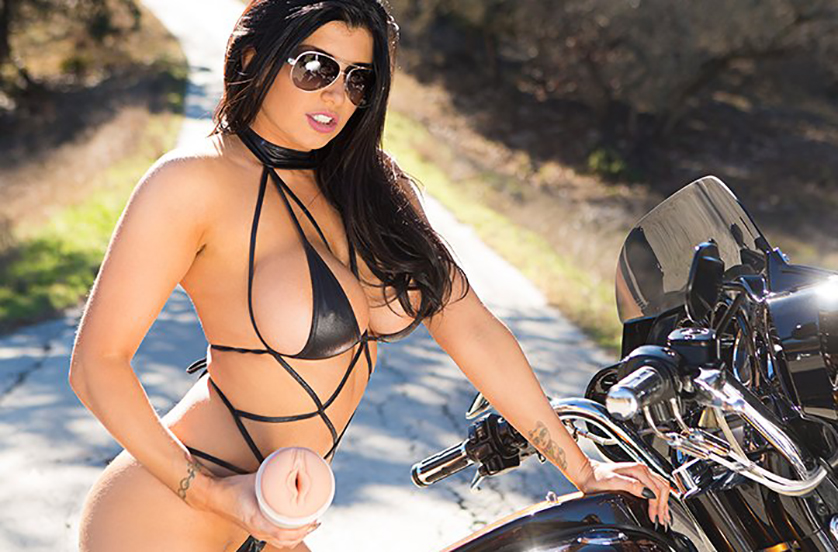 Unfortunately, her huge breasts can’t be immortalized at the same time in the Romi Rain Fleshlight. At present, there’s no ass or mouth orifice either. 🙁 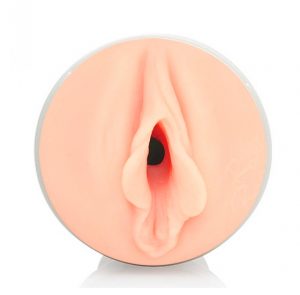 Pussy – Storm Channel The Storm channel contains three chambers of various sizes. The entrance is very tight, followed by an intense ring of bumps. The first chamber consists of a succession of large bumps. In the center of the rubber vagina there is a 5 cm thick ring – at 1.5 cm it’s particularly narrow. The second chamber contains six transverse ribs. Although the third chamber can only be reached by a few men, the four rows of large, rectangular bumps seem to be a highlight.

With its crevices, bulges, rings and bumps the Storm texture provides intense stimulation. Since the narrow section of the middle sleeve area is within easy reach for “normal” men, you can really look forward to this highlight. The suction effect is so strong that the area behind the thick ring in part sucks directly on the penis. Rating in direct comparison:★★★★★

My opinion of Romi’s masturbator

The Romi Rain Fleshlight can offer you endless stimulation. It’s narrow and varied in design. Large nubs, small ribs, a thick ring, deep grooves and stimulating narrow sections alternate. You can look forward to a sensational feeling of penetration when you get intimate with the Storm Fleshlight. As is normally the case with the Fleshlight Girls, the artificial pussy is supplied in pearl-white case which looks both exclusive and seductive at the same time.

It’s a pity that there is no Romi mouth or ass Fleshlight. 🙁

The popular Fleshlight Freaks and new shocking Beasts, Monsters and Zombies were reborn!